The term Gothic art is applied to the post Romanesque period from 12th century that persisted up to 16th century. Goths belonged to the race living in north of Italy beyond the Alps Mountains and also in Western Europe. They had destroyed the beauties of the ancient period and therefore Italians thought them to be Barbarians and hated them.

The term Gothic was applied hatefully to the late Middle ages by Georgio Vasani born in Arezzo in 1511 and died in 1574.In this word was expressed all the aversions which the Renaissance artist felt for the middle ages as well as the inability of the southern artist to understand and sympathies with the northern achievement. For them Gothic was a development of North Romanesque art and there can be no dividing line between the two.

Politically strong kings such as Luis the IX was holding in check the feudal lords while in Romanesque period the life was rural and monastic. The Gothic age was one of towns with merchants unions that were growing in number and power. The sense of freedom was growing and the trade with the near eastern countries developed. Economically this trade and commercial activities brought wealth. Religiously, the existing monasteries after reforming the church from within declined in power and again the attention was drawn towards the cities and Bishops. At this time came the Franciscan movement in 1210.St Francis of Assisi protest against the growing internal degradation of church, dressed in rough clothes barefooted and with no money travelled from place to place preaching the virtues of poverty and pious life and inspiring the people to love all living things - nature, the birds, animals, insects, the trees etc. Everything in nature was a part of God’s great universe and that all these living things should be loved. Thus he brought a change in view of life the realization of the value of the present life. Such a realization turned man’s eyes towards an observation of the nature that revealed itself in the art of Gothic age and which ended in the individualization and non-religious subjects of the Renaissance. 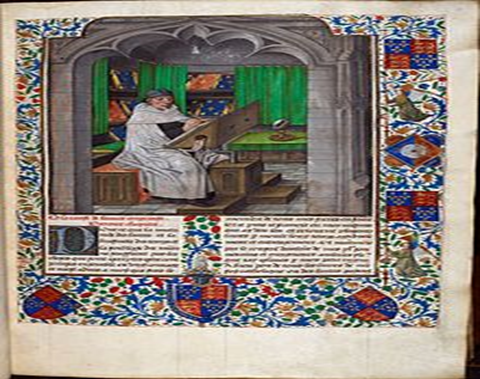 Miniature of Vincent of Beauvais in a manuscript of the Speculum Historiale, translated into French by Jean de Vignay, Bruges, c. 1478-1480

Socially and intellectually it was a period of great learning as universities had sprung up. Vincent of Beauvais tried to consolidate knowledge about everything and classified them into four parts that he called four mirrors 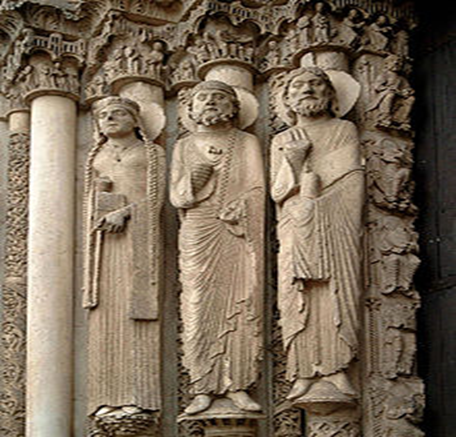 Because of great reduction of wall spaces due to big windows in Gothic architecture there was little opportunity for wall painting. Some wall paintings have been revealed from beneath the white wash by the efforts of Prof Tristram and Keyser.Book illustration was the chief art, it no longer centered in the monasteries but a big school existed in Paris in the 13th century and it reached to its climax in the 13th and 14th centuries. 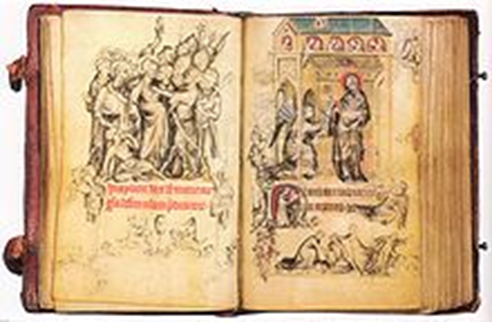 The art of manuscripts under the patronage of Duke of Burgundy and Duke of Berry in France thrived. The artist gathered there were s Jeans Malovel and Henery Bellechose at the court of Burgundy and Andre Beauneven, the Limbourgs and later Jean Fouqued at the court of Berry.Polde Limbourg was perhaps the first artist to paint natural scenes due to Franciscan movement, landscape painting had become the fashion of the day. After pieces of wooden panels were also painted but little remained of them due to wars, fire and destruction.

Miniature school of painting by and by ended with the invention of printing press in 1438.It was influenced by stained glass, the color was shinning and in the beginning gold was used in abundance. They were the popular form of border decoration and tiny figures of birds and animals were interlaced in them. Calendars were also painted showing color of different months and depicting the chief activities concerning the months. Portrait painting was also common the chambers of the merchants were decorated with still life paintings. The painting came out of the courts and received patronage by the merchants and independent painting as a major art also developed.