It was discovered by a little Spanish girl daughter of Santavola in 1879.Santavola was an anthropologist and very fond of collecting ancient articles. When he came to know about the situation of the cave he went with his daughter in search of ancient articles. 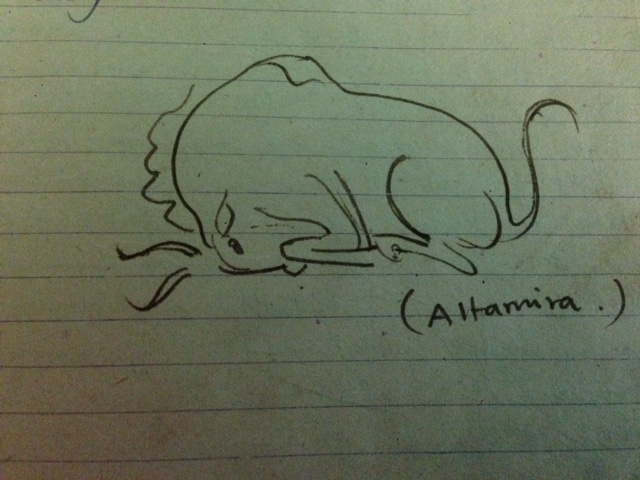 The pigments were red, black and grey. Santavola wrote a paper and the academy of anthropologists led by Prof Harlet went into the cave but accused Santavola having the paintings done by a modern artist. The chief argument was that the paintings were marvelous and the color very fresh. But this was due to the climaticconditions. The authenticity of Santavola was proved when other anthropologist s and research scholars found many other caves in Spain, France and Southern Europe.